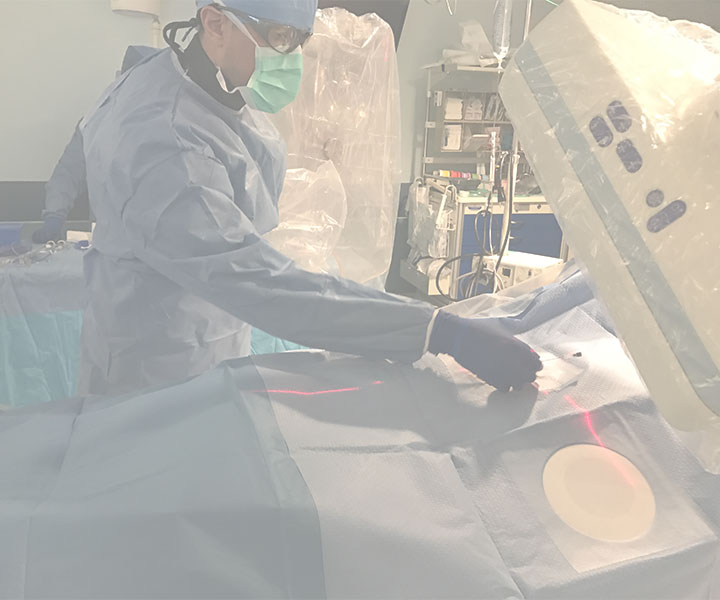 For some patients with kidney cancer or a benign kidney tumor, a partial nephrectomy may not be possible due to the tumor’s size or location. In these cases, a different type of robotic kidney surgery known as a robotic radical nephrectomy may be performed, in which the entire kidney is removed. This minimally-invasive procedure offers patients many of the same advantages as a robotic partial nephrectomy, including less trauma on the body and a shorter recovery time than open surgery.

How a Robotic Radical Nephrectomy is Performed

As with a partial nephrectomy, the robot’s camera and instrument-bearing arms are inserted through several small incisions and the abdomen is then filled with gas. The colon is moved away from the kidney, and the artery, vein and ureter leading to and from the kidney are stapled or clipped shut, permanently cutting off the kidney’s blood supply and halting urine flow. The surgeon then releases the kidney’s attachments to nearby organs and structures, and the kidney is removed through one of the incisions.

Robotic surgery makes it easier for the surgeon to perform a lymph node dissection.In certain scenarios, a lymph node dissection is required in addition to removal of the kidney. The lymph nodes of the kidney and ureter are located on and next to the great blood vessels of the body, the aorta and vena cava. With its increased maneuverability and scaling of motion, robotic kidney surgery facilitates the surgeon’s ability to perform this complex dissection around these vital structures, compared with standard laparoscopy.

Dr. Bianco has been using robotic kidney surgery to perform radical nephrectomies since 2005, putting him among the most experienced physicians in the South Florida area at this procedure.